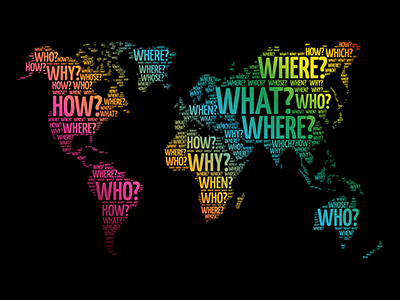 While I was living in Japan as an exchange student I was asked to give a formal presentation about my hometown to a group of business leaders. I was barely proficient in conversational Japanese and knew that even if I used all of the formal words and grammatical forms I knew, my first draft would require many corrections. My teachers and friends explained that the formality of situation demanded specific words and phrases to show respect to the audience and demonstrate my authority on the topic. I practiced very hard for this presentation but, when the day came, I was very nervous. As a result of this, and my lack of familiarity with the correct Japanese forms, I made some grammatical slips during my presentation and used the more informal form of some words. Although the audience probably understood what I was saying and did not think I was intentionally being rude, my speech sounded odd because the language I used did not match the situation. It was perhaps more suited to speaking with friends than to presenting to senior members of the community. On balance my speech was partly successful. The audience learned something about suburban Canada, but I was unable to adjust the formality of my language to match the context.

A colleague of mine tells a story from a visit to Paris some years ago. The Metro train that she was on unexpectedly came to a standstill and an announcement was made. Because it was an official announcement, some of the language was more formal and more difficult than she was able to comprehend. Also, because it was an announcement over loudspeakers, she could not ask the speaker to repeat themself. Needless to say, she did not fully understand the announcement. All the other passengers got up and left, and this helped her to process a little of what had been said i.e. the train was terminating at this station. From her knowledge of how travel works in other places, she also inferred that there was a replacement bus service. However, she had not understood the announcement well enough to know where to pick this up. For her, this language comprehension exercise had not gone well. This was not simply because of the words used in the announcement. It was because of the context of the communication i.e. a station announcement where the sound quality was not ideal; a formal announcement that often requires fewer easy (commonly encountered) words; a disembodied voice so no opportunity to request clarification.

These anecdotes illustrate that making yourself understandable and understanding something can be affected by the context in which you are using a language. More than this, however, understanding is not simply a matter of decoding individual words (the explicit meaning). It also involves identifying what the speaker or writer is implying. For instance, when someone walks into a room and says, “it’s cold in here”, they might simply be stating a fact i.e. that the room is cold, or they might be indirectly asking if the window could be closed. When meaning is not explicitly stated, the clues to what someone means often lie in the context of the communication.

As you have probably gathered, context is the setting in which communication takes place, the relationship between the people who are communicating, and the conditions of the communication (such as sound quality). This particularly affects how and what we understand, say, or write. For example, if we are making a request of our employer, we are likely to speak differently than if we are making a request of a friend. The relationship between us and the other person affects how formal we choose to be and can also affect the tone of our voice. Additionally, context can affect whether and when we communicate information to someone else. If a setting is very public, we are less likely to discuss confidential matters. Context also affects the quality and the effectiveness of communicative events. If a setting is stressful, such as when there is very little time or if the setting is extremely loud, the quality of the communication is likely to be lower than when the setting is not stressful. When we have less time to think about what we want to say, we may make mistakes, or be less polite. Similarly, if we are unable to hear properly because of a loud environment, we might misunderstand what is said.

Researchers have attempted to define the set of necessary and sufficient factors that would constitute ‘the context.’ Broad parameters for describing context have been identified, such as physical setting, time, norms, and the number and status of people involved. In addition to investigating what factors constitute the context, other researchers have focused on how these same factors interact to form the context. In this second approach, context is created as individuals perceive, classify, and arrange contextual features into recognizable patterns based on their knowledge and past experiences. The context is then described in terms of the relationships between contextual factors, not just the features themselves. . These two approaches offer two perspectives from which to describe the context, the difference lies in their emphasis: the first method focuses on the factors that constitute the context, and the second method on the patterns and relationships that are formed by contextual factors..

In defining the context for a language assessment, the perennial question then becomes, “where does one draw the line between too much detail and not enough”?

Imagine for a moment a student in a university classroom who is about to answer a question the professor has asked to check the student’s comprehension of the day’s lecture. In a very short amount of time the student must understand the question that was asked, recall the relevant content from the lecture, possibly refer to notes he or she made during the course of the lecture, formulate and organize a response, and finally articulate that response in a way that the professor can understand. This is a daunting task for any student, and can be even more challenging for someone who speaks English as a second or additional language.

This real-world situation is one that test developers might wish to recreate in a test of English for academic purposes. In order for the test scores to be useful for their intended purpose, assessing academic English language proficiency, test developers must ensure that test tasks have a theoretical and material link to the university context. The goal for test developers is to include the most applicable and informative contextual features in test tasks so that test takers interact with tasks and produce language during the language test that is comparable to how they would interact in the real-world context.

For instance, in the Integrated Listening section of the Canadian Academic English Language (CAEL) test, – test takers are asked to respond verbally to a question that must be answered using material from the long listening passage they just heard on an academic topic. They are given a short time to prepare their answer, some point-form notes to help them remember what they heard, and a short period in which to speak. In this CAEL example, the real-world context is represented in the task through the academic content of the listening passage (which is modeled on a first-year university course), the requirement for test takers to integrate their listening and speaking abilities to respond appropriately, the provided lecture notes, and preparation time to help test takers organize their thoughts before they speak.

In summary, context is not simply a backdrop for a language proficiency test. Rather, context demands decisions about the types of reading texts and listening passages that are selected for a test, the sound quality and speed of delivery of instructions and listening input, the relationships between speakers and listeners that are constructed, and the tasks test takers have to complete. The test developer’s goal is to include tasks that collectively gather information about a broad range of test takers’ abilities in the real-world context so that test scores are an accurate measure of test takers’ language skills and abilities in a particular setting.  In this way, test scores can be used to make inferences about test takers’ future performance on real-world tasks in particular contexts. When it comes to evaluating the relevance and utility of a language test, understanding context is important – context helps us understand what the test results mean, allows us to compare results, and make inferences about future performance. 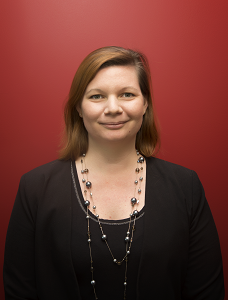