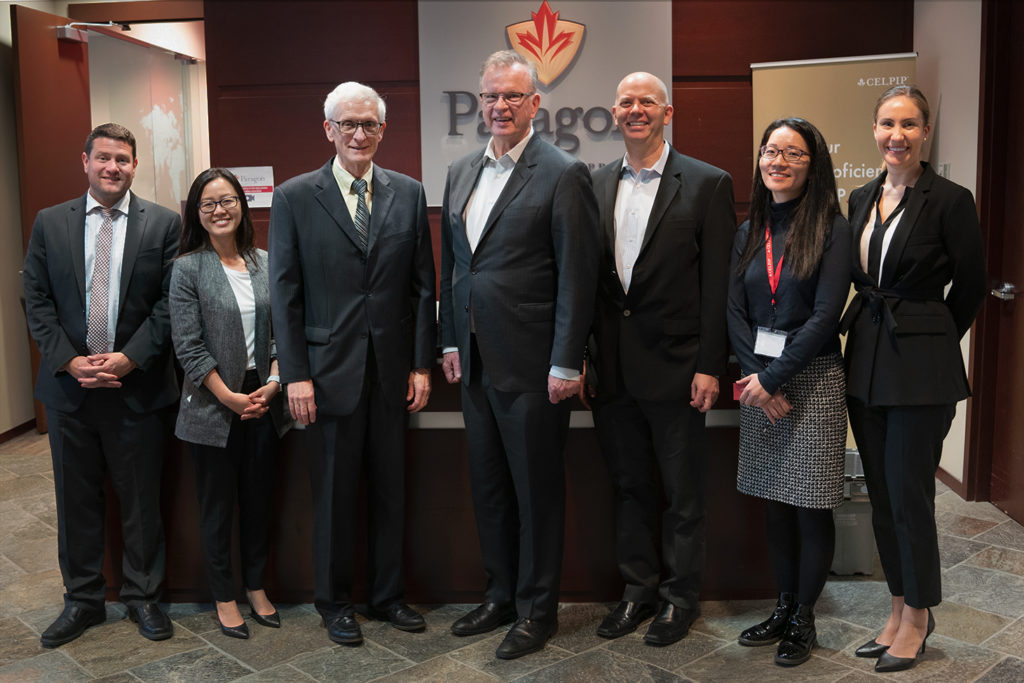 Paragon Testing Enterprises was pleased to host Honourable Bruce Ralston and colleagues from the BC Ministry of Jobs, Trade and Technology at its head office in Vancouver, BC.

The Minister toured Paragon and was impressed by the company’s operations and growth.

Paragon is now Canada’s largest deliverer of high-stakes English language proficiency tests and will continue to expand internationally to areas of high demand.